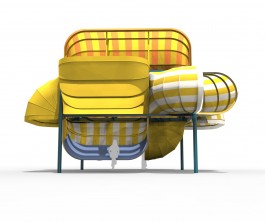 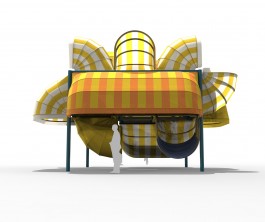 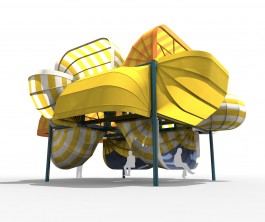 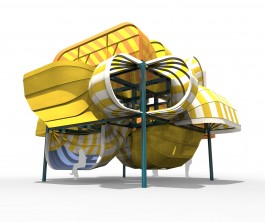 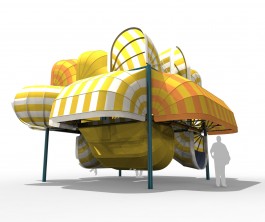 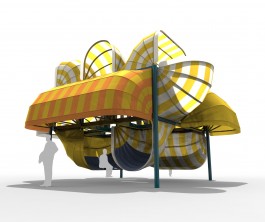 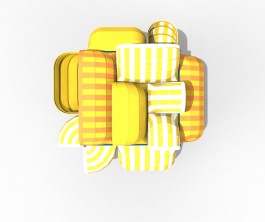 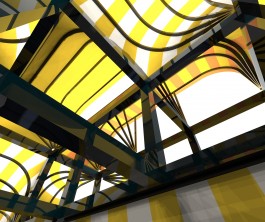 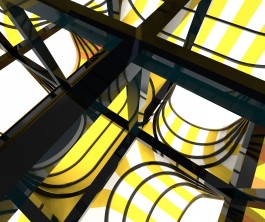 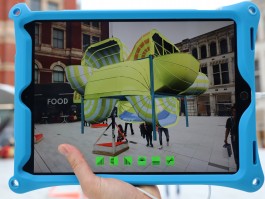 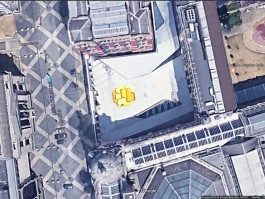 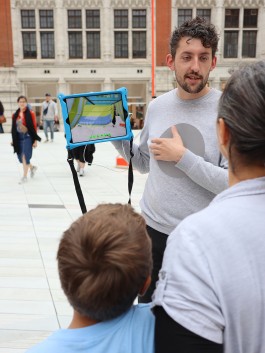 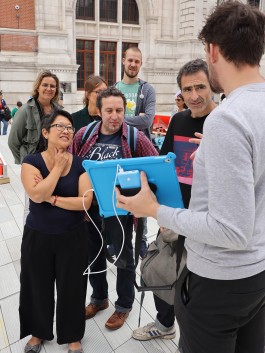 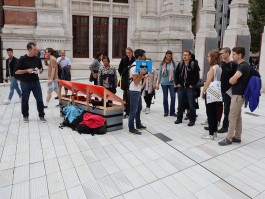 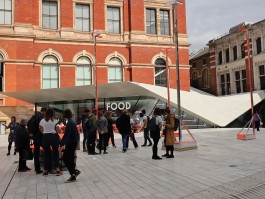 The Awning Glory Pavilion invites you to take vacations in your home town instead of taking an aeroplane to faraway destinations. The staycation on Balconia replaces the cheap jet to Spain, Turkey or even Asia.

A building with an awning always looks like it is on holiday. It awakens memories of terraces in the south of France on a beach promenade or your local ice cream parlour.

Even if the future looks dire, people will want an escape, to discover a new place and have some leisure – this pavilion is there to offer all of that. People are not looking forward towards cuts but want their future to look colourful. They want self-actualisation, not just to cover their basic needs.

As global temperatures are rising, we will need to look for shade more often even at relatively northern latitudes. One of the oldest ways of adding shade to a building, after covering things with branches and leaves, is probably through textiles and sun sails and – in a more technical way – awnings. This is a technique that is flexible and consumes much less energy than air conditioning.

With its scooping forms, this pavilion’s shape takes clues from Middle-Eastern architecture. Its wind-catching towers (‘Malcaf’) and their ventilation and cooling system use natural thermic effects to cool the spaces below. As you look up, you will see a play of light and shadow – and a softened, warm glow of indirect illumination where there was once direct, harsh sunlight.

‘Awning Glory’ is, if you take away the building and just leave the nice part (the shading), like an ever-repeating module. It has an unafraid structural expressionism reminiscent of the high-tech architecture of the 1970s, a time of big ideas and experimentation.

As we move forward, we need to find radical visions and utopian dreams – like those developed in 1960s and 1970s – to create a positive outlook on the future.

The Awning Glory Pavilion is part of the project Non Pavillion shown as Augmented Reality at the Sackler Courtyard of the V&A, 14-22 September 2019 during the London Design Festival 2019

Non Pavillion is a project by Studio MiCat, There Project and Proud Studio.