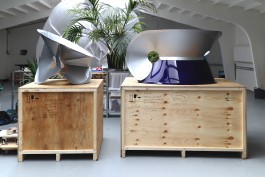 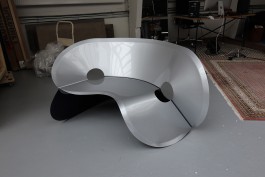 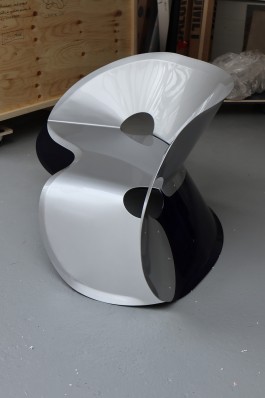 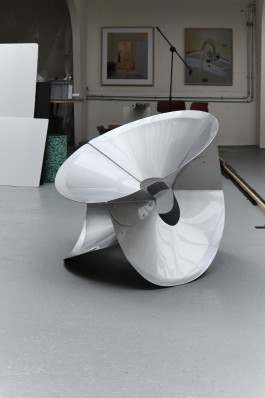 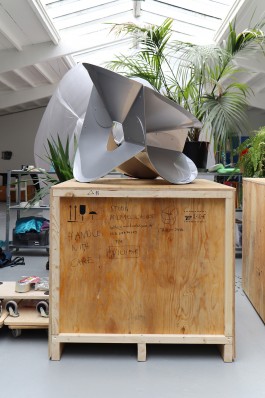 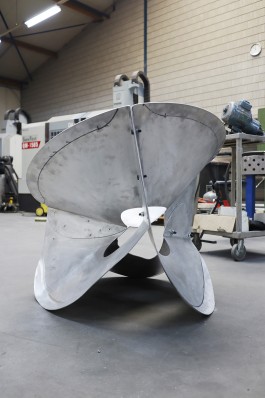 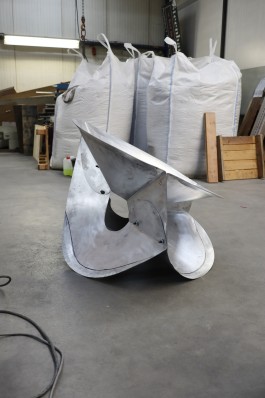 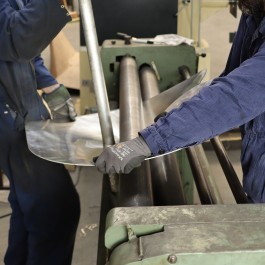 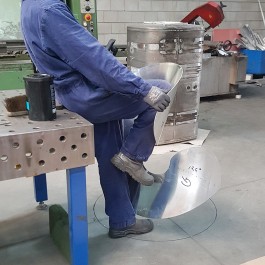 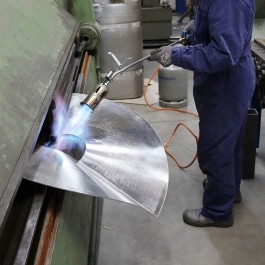 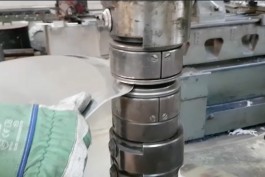 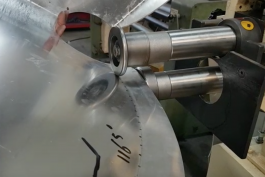 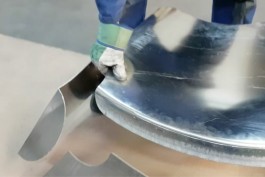 The “Chaise Swirl” and the “Chaise Oui” are both born out of the same desire to let worms of sheet metal flow and wiggle through space effortlessly. They should form an object that upsets the regular image of a furniture at first sight.

The parts don’t have classical functions as seat, backrest and legs, but rather progress from being one to the other.

The whole piece becomes an attention seeker sucking in the space of its surrounding thus already serving a function when not in use.

Both objects are made out of 3 parts. An object with 3 contact points will always stand up without rocking. It’s also the first number that can be considered a group and brings a certain asymmetry.

As a single curved sheet of aluminium will not give enough strength to support a human in the thickness where it can still easily be formed. Thus the edges of the shapes are curved concave or convex to make it work like a beam.

A big machine that looks like a dinosaur called a Kraftformer persistently chews away on the soft metal leaving violent stretch marks or tucking it together. It’s setting its teeth into the material and shrinks or stretches it into form. The shape of the parts changes from a 2 dimensional object with almost no thickness into something 3 dimensional that gives an idea of a body. However while moving around the object this body reveals itself as facade.

It is like the bodywork of a car without ever finishing the body, but only leaving the skin.

It’s at the same time inside and outside.

Closed bodies are stronger, because the forces can distribute throughout its entire form. Shells are more subjected to deformation. Constructing this way means working with cantilevers.  Momentum, torsion and the chance of buckling have to be countered by a thin sheet with little structural height.