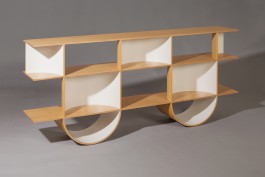 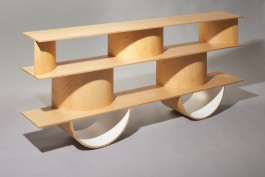 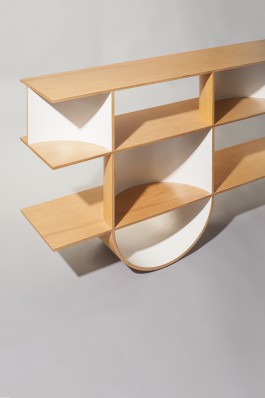 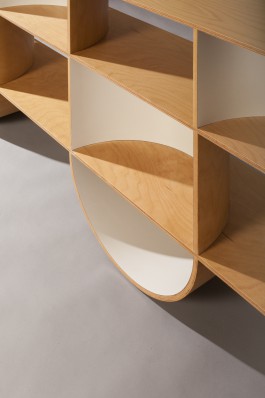 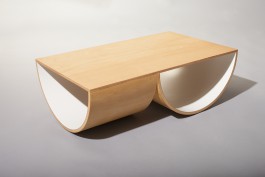 Vault is a furniture series about a game of half-barrels as architectonical element.

For making a little side table they are used like a roof on its head. This results in a volume that lifts off the ground. The half-barrels double as storage for magazines and books.

On the shelf two of those reversed ‘roofs’ serve as legs. As they are continued with other shells standing on their side one can see an illusion of a sphere when looking under a steep angle. The two following levels are stacked like a facade of alternating elements giving the feeling of something woven. This front catches the light in the vaults, but also lets you see through where they are not. In its niches one can display his or her treasured things.
A thin layer of light grey HPL highlight the insides of the Vaults adding to the graphic appearance of the furniture.